What is a Rosenwald School?

A Rosenwald School was the name informally applied to over five thousand schools, shops, and teachers' homes in the United States which were built primarily for the education of African-American children in the South in the early 20th century.

The landscape of schools for Black students in Palm Beach County began to change in the 1920s. Until that time, little had been done in the name of formal education for Black students. When it came to building public schools and paying teachers to educate Black youngsters, separate and unequal treatment still reigned in the south.

Though he was not the first white philanthropist to support the education of Blacks, Julius Rosenwald, the president of the Sears Roebuck Company propelled the effort to new heights. Rosenwald was the impetus that created better schools, longer school years and school libraries for southern Black children. Mr. Joseph Youngblood, who served as the first president of Palm Beach Junior College (now Palm Beach State College), was instrumental in petitioning for better schools for Black students.

Between 1925 and 1931, the Julius Rosenwald Foundation Fund provided money to erect 11 much-needed public schoolhouses for Black children in Palm Beach County. The buildings ranged in cost from $2,491 to $17,150 to erect. Though none of the original school buildings are still in existence today, the new schoolhouses provided not only a place for Black students to get an education, but the new structures provided space for community events and provided a haven for peace, order and cleanliness in their lives. The Rosenwald Foundation not only created permanent schoolhouses for Black children in Palm Beach County, the end result was a longer school year, more Black students attending high school, and a sense of pride and self-esteem for the Black community. When Palm Beach County schools integrated in the 1960s, the Rosenwald schools were phased out and the schoolhouses replaced by newer school buildings. 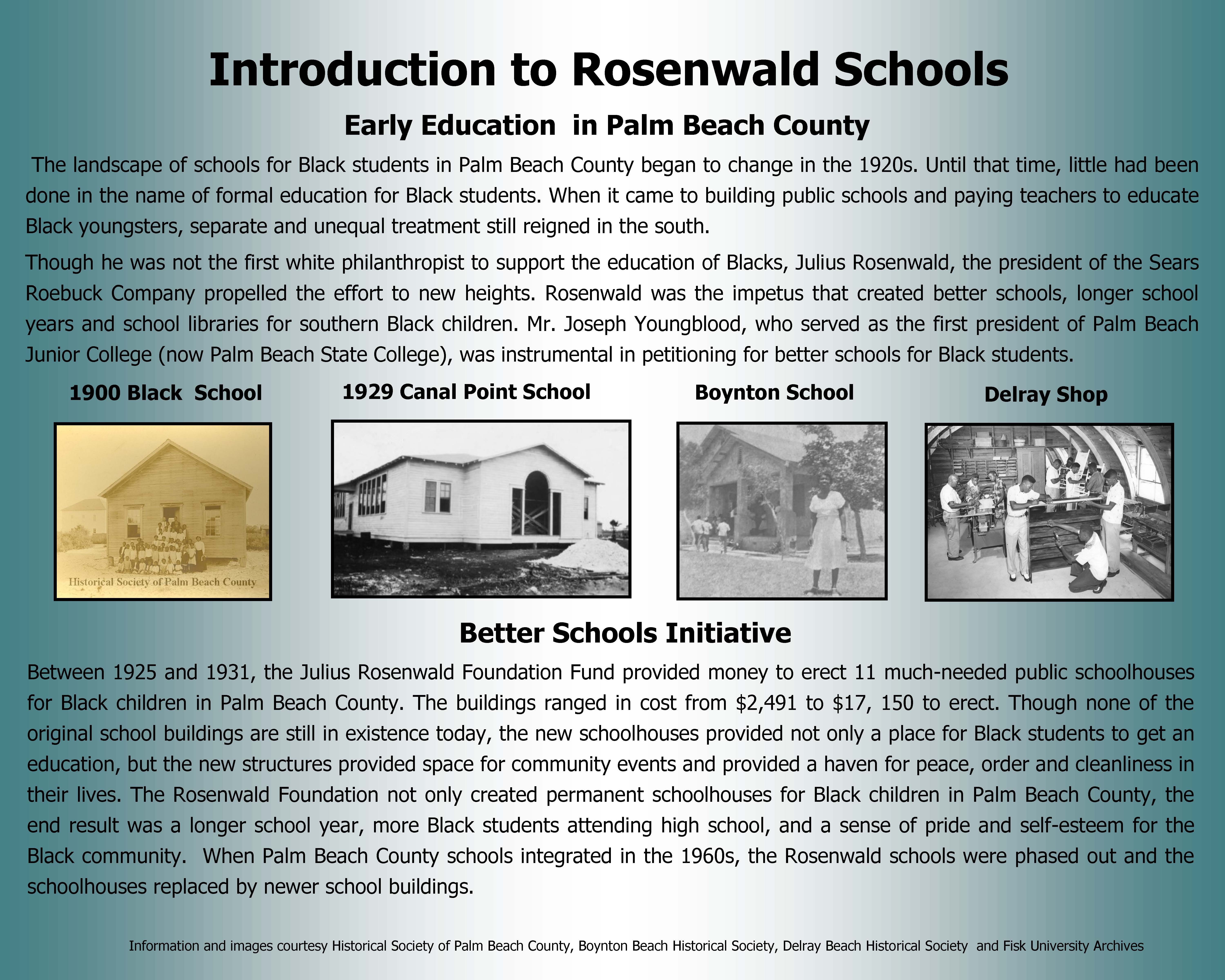 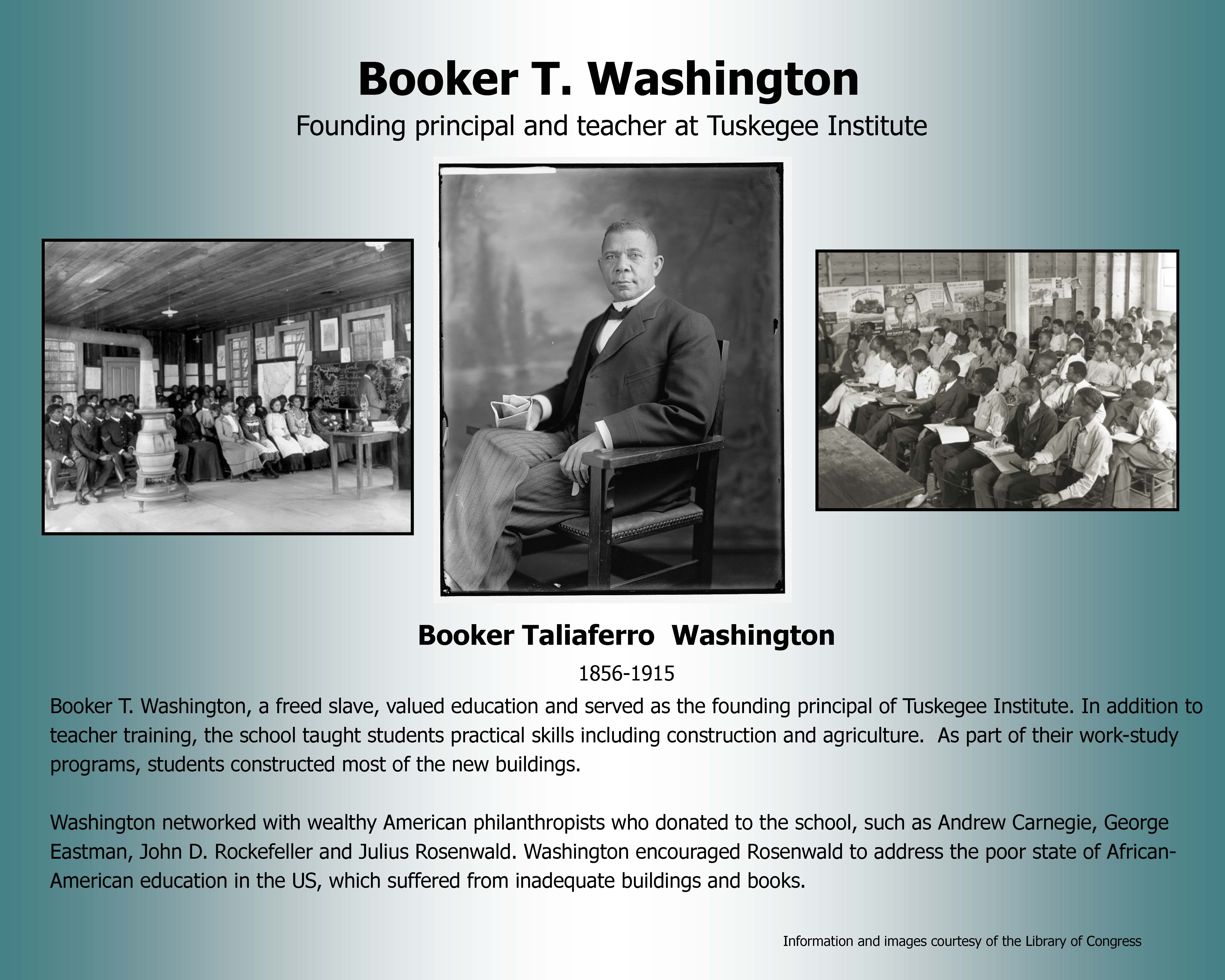 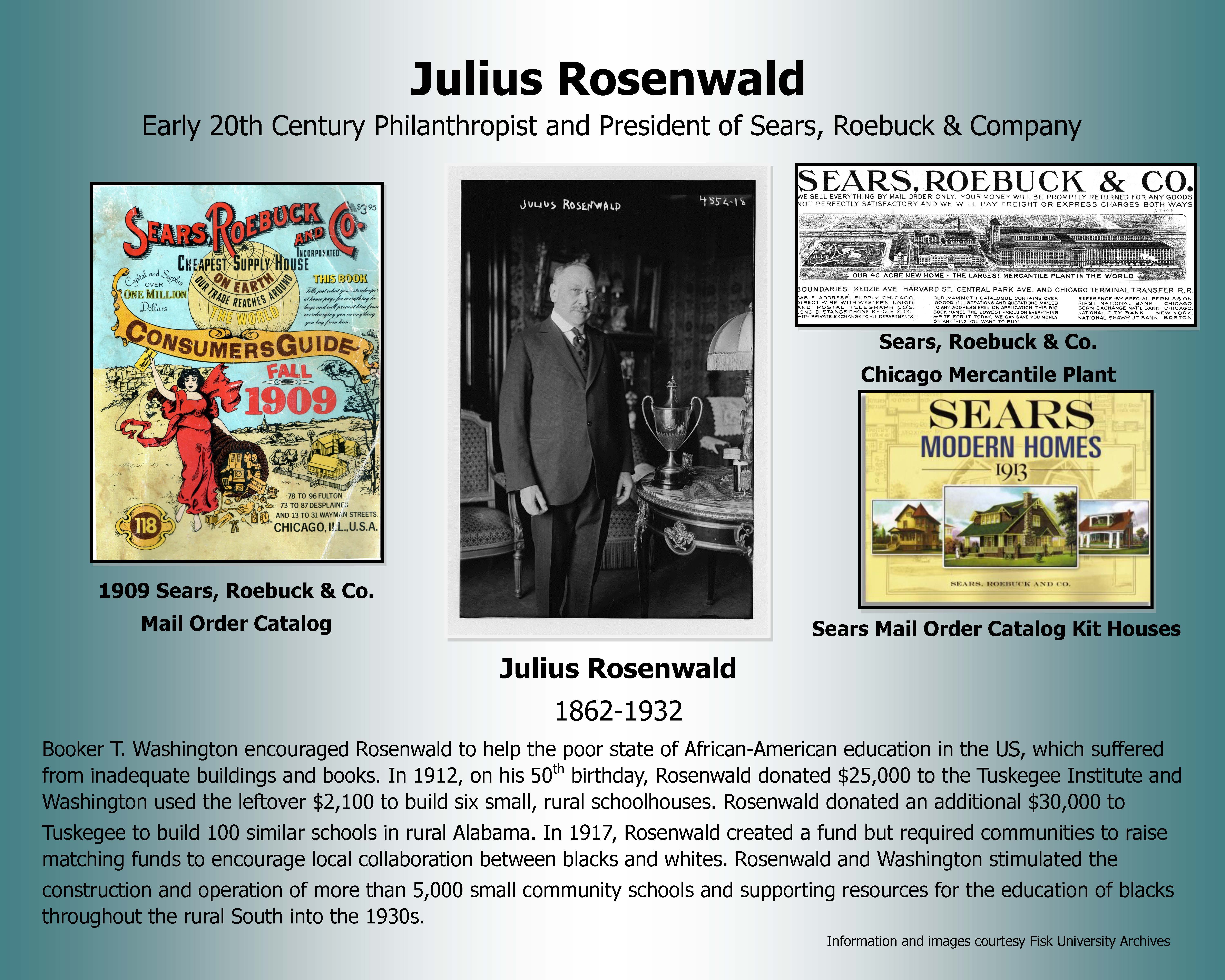 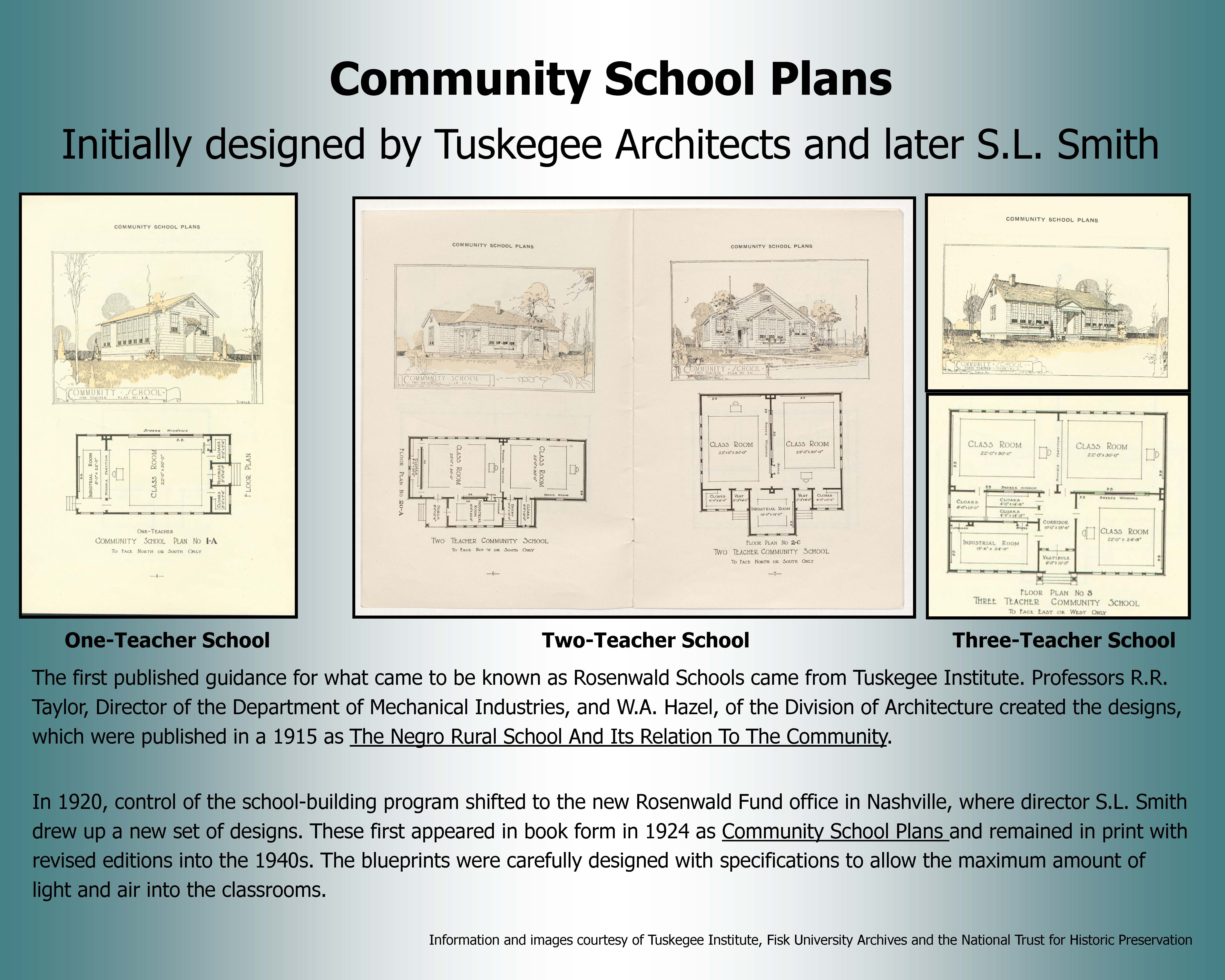 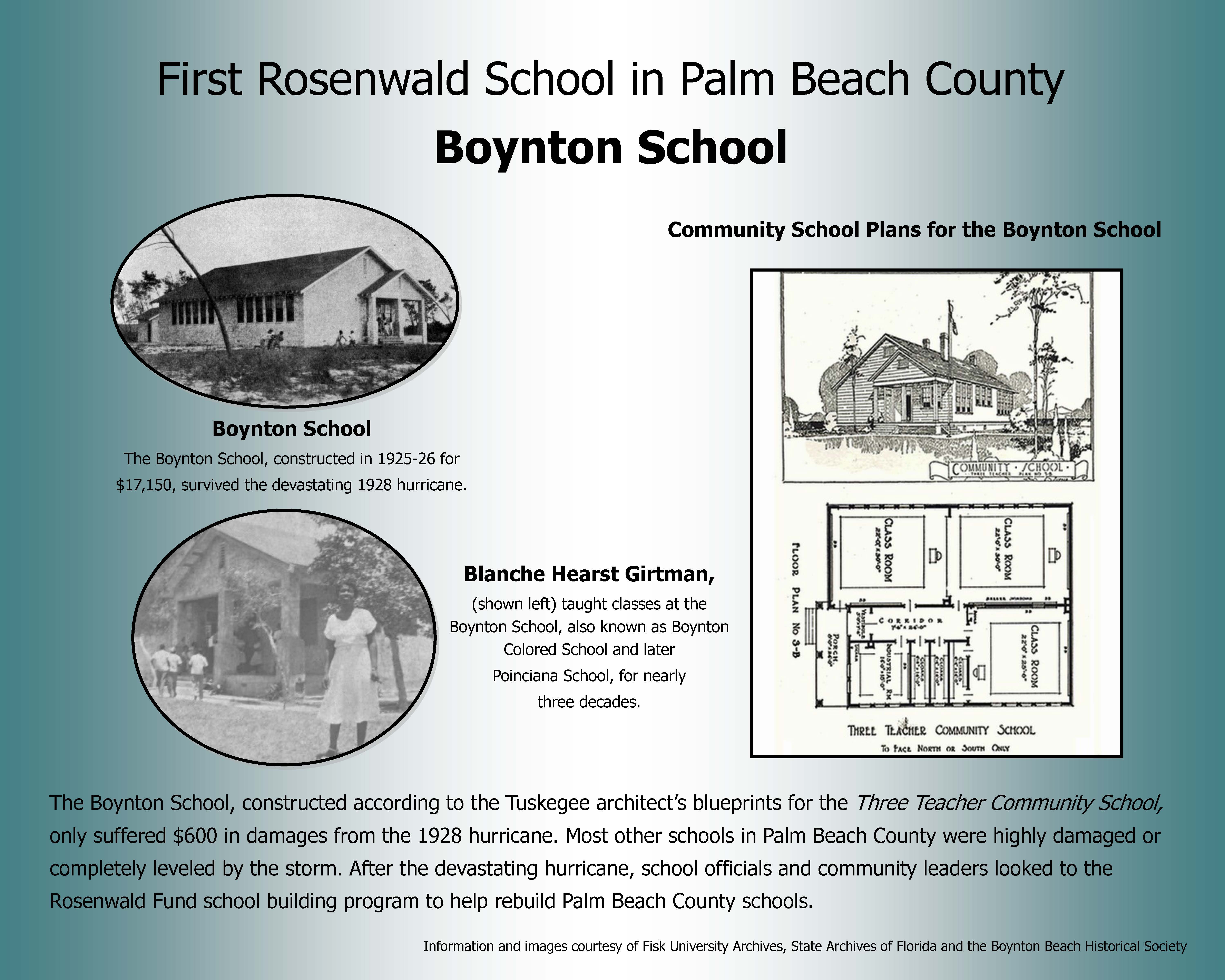 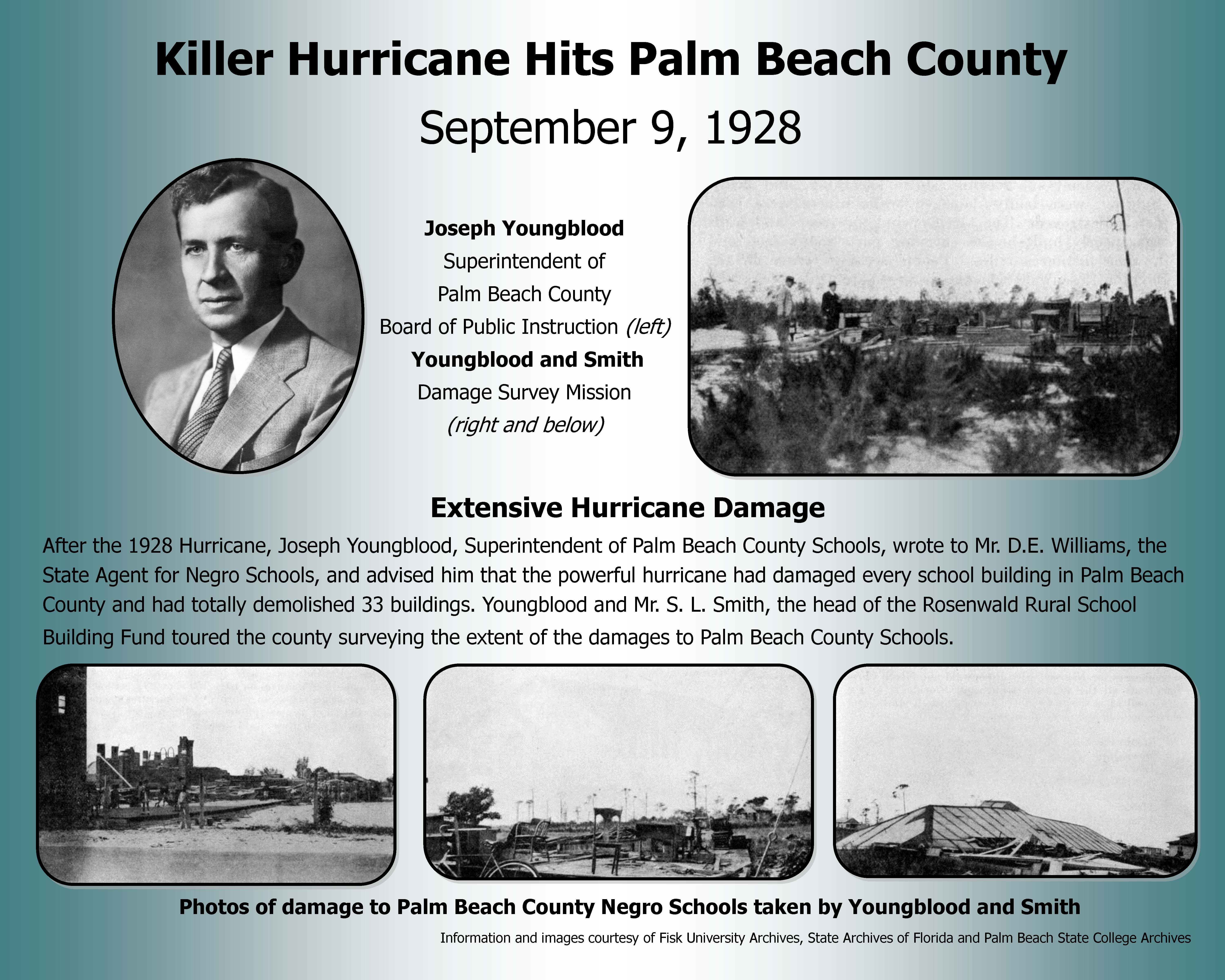 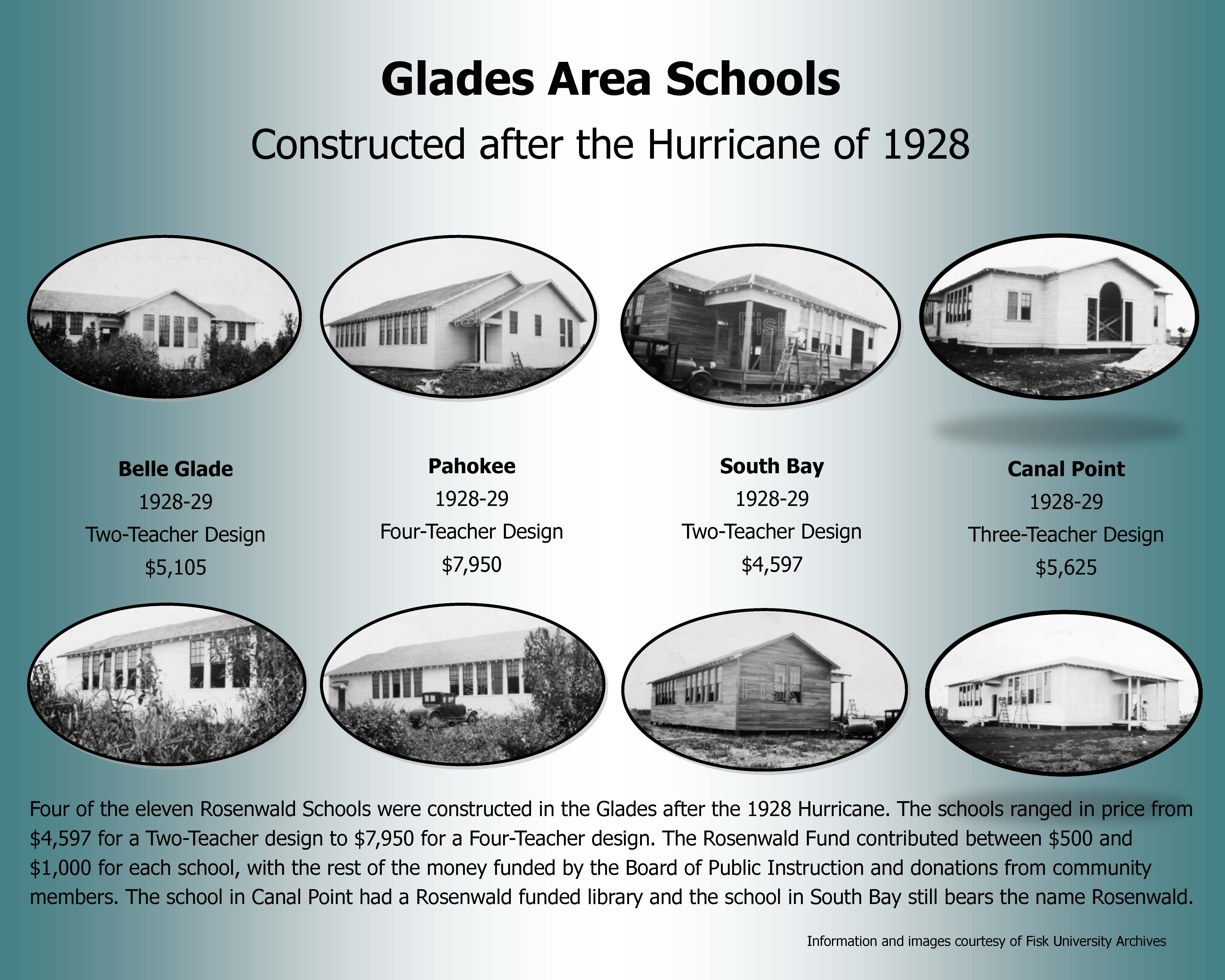 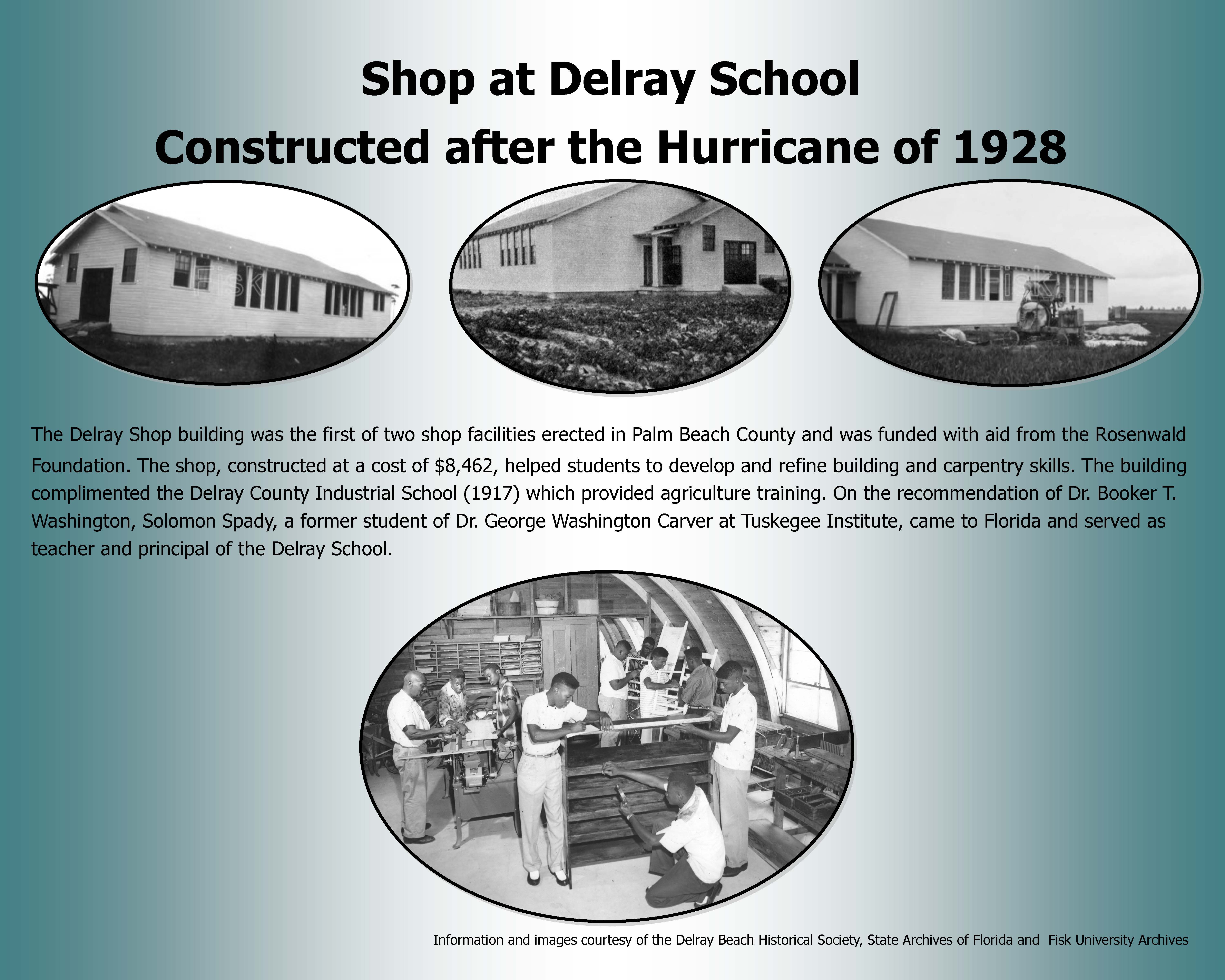 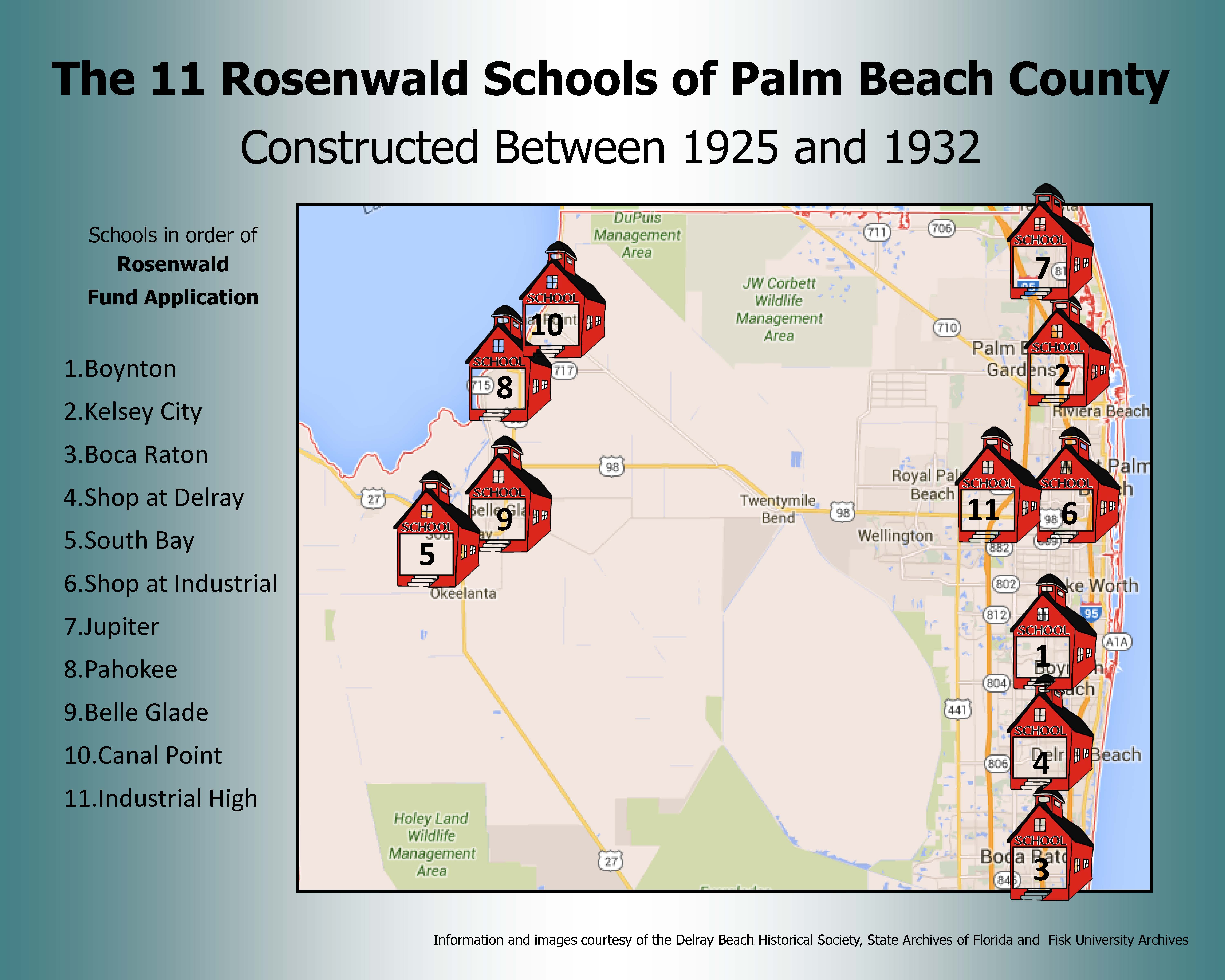 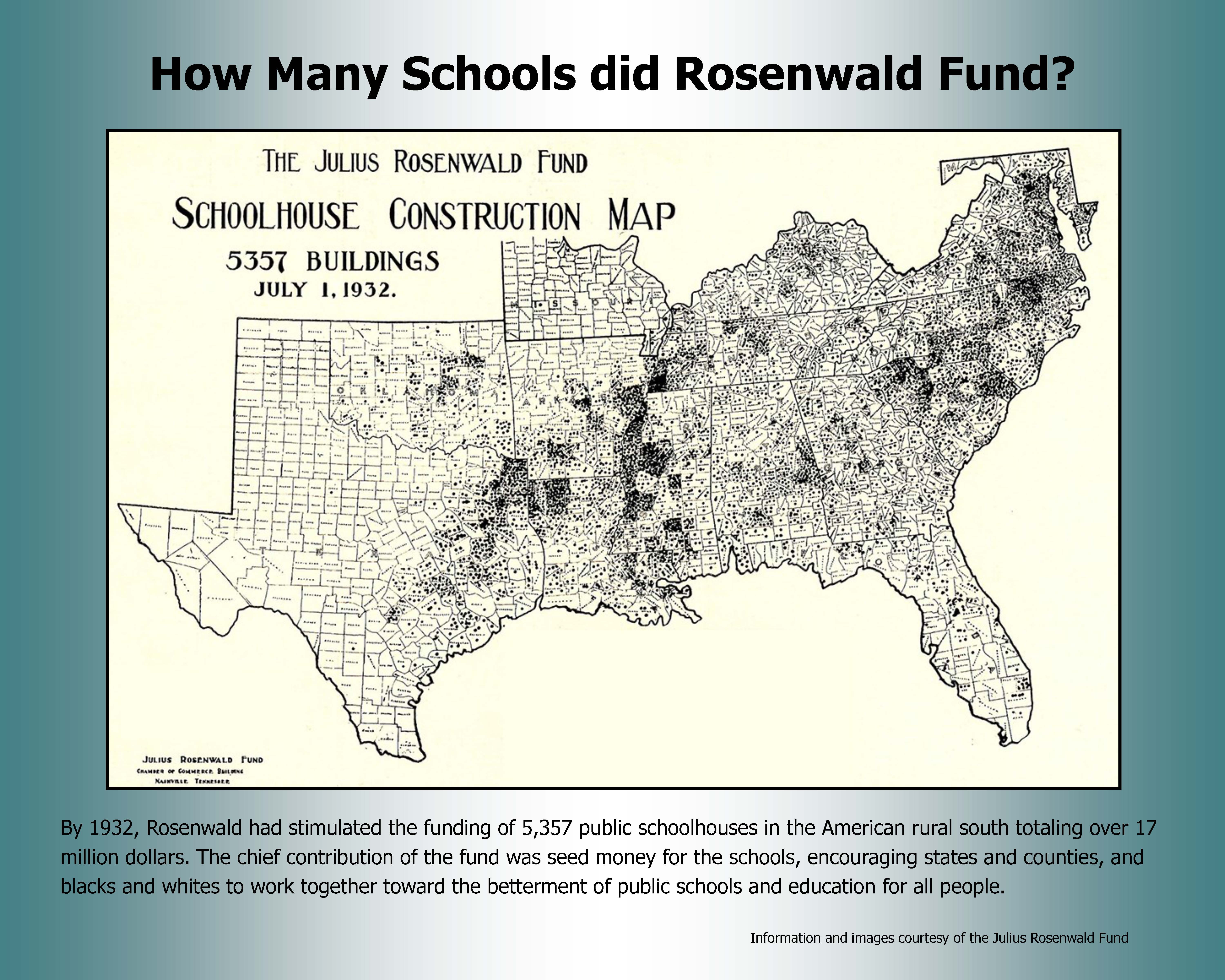 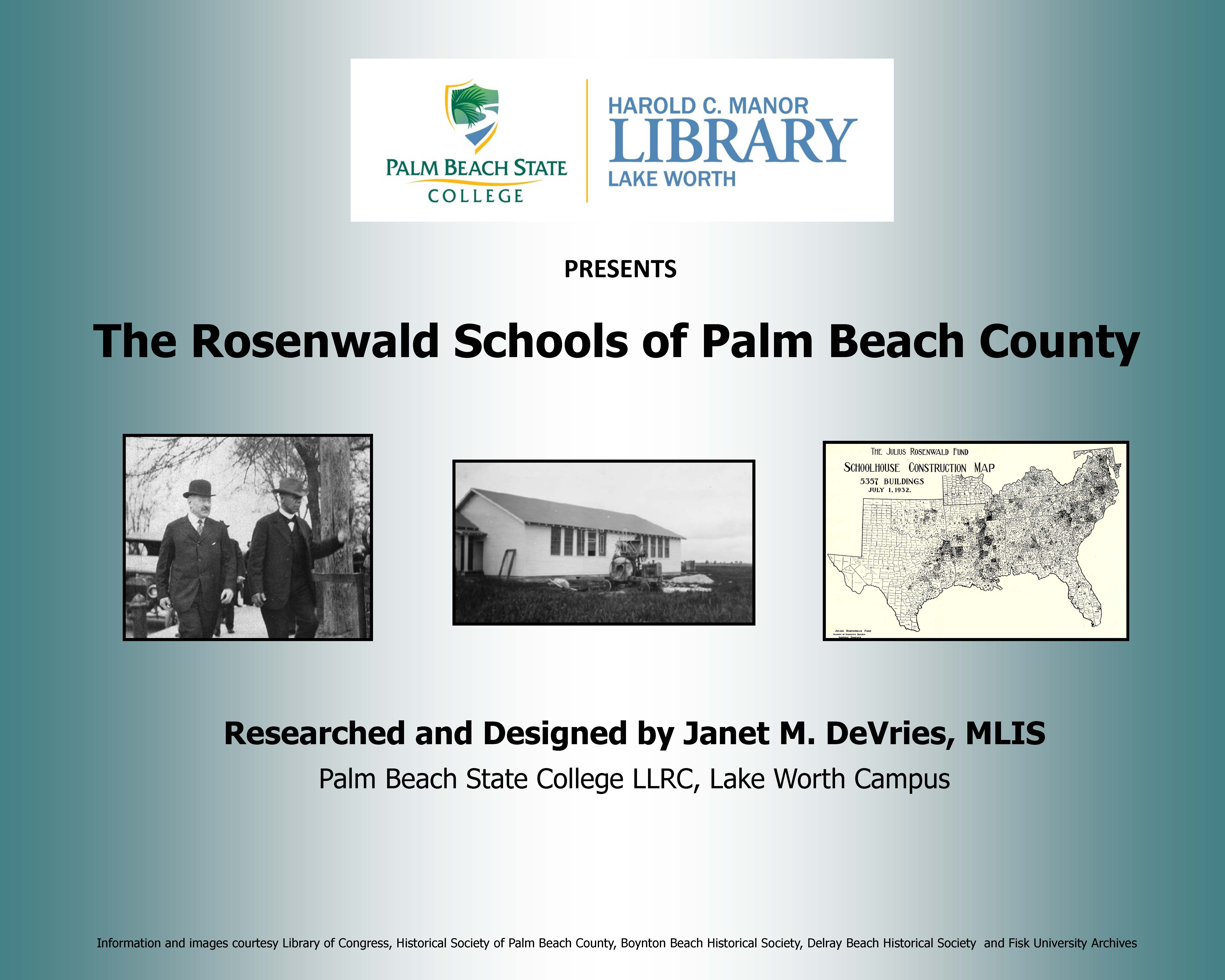 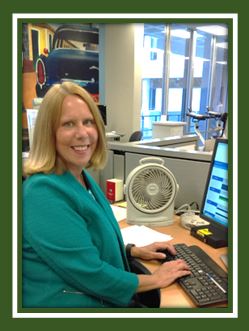