What is APA Style

APA Style rules and guidelines are found in the sixth edition of the Publication Manual of the American Psychological Association.

“APA style requires authors to use the past tense or present perfect tense when using signal phrases to describe earlier research. E.g., Jones (1998) found or Jones (1998) has found...”

”If you are directly quoting from a work, you will need to include the author, year of publication, and the page number for the reference (preceded by "p."). Introduce the quotation with a signal phrase that includes the author's last name followed by the date of publication in parentheses.” [ As reported by Smith (2009) “…….” (p.25).]

”If you are paraphrasing an idea from another work, you only have to make reference to the author and year of publication in your in-text reference, but APA guidelines encourage you to also provide the page number (although it is not required).”

“A Work by Two Authors: Name both authors in the signal phrase or in the parentheses each time you cite the work. Use the word "and" between the authors' names within the text and use the ampersand in the parentheses.” [Smith and Jones, 2009 reported that] or ......(Smith & Jones, 2009)].

"Six or More Authors: Use the first author's name followed by et al. in the signal phrase or in parentheses." [Smith, 2009, et al.]

"Unknown Author: If the work does not have an author, cite the source by its title in the signal phrase or use the first word or two in the parentheses. Titles of books and reports are italicized or underlined; titles of articles and chapters are in quotation marks." ["Schizophrenia," 2010]

Article in a Journal paginated by Volume:

Article in a Journal paginated by issue:

Article in a Magazine:

Article in a Newspaper:

Basic Format for a Book:

Book with an Editor:

Book with an Author and Editor:

Edition Other than the First:

Article or Chapter in an Edited Book:

Article from a database:

(Include the publication information from the source. If the article has a DOI (digital object identifier), give that number at the end and do not include the database name.)

The Journal of School of Nursing, 23(2), 73-79.Retrieved from PsycINFO database.

Document from a Web Site:

If a source has no author, begin with the title and follow it with the date in parentheses.

If you retrieved the source from a university program’s Web site, name the program in your retrieval statement: 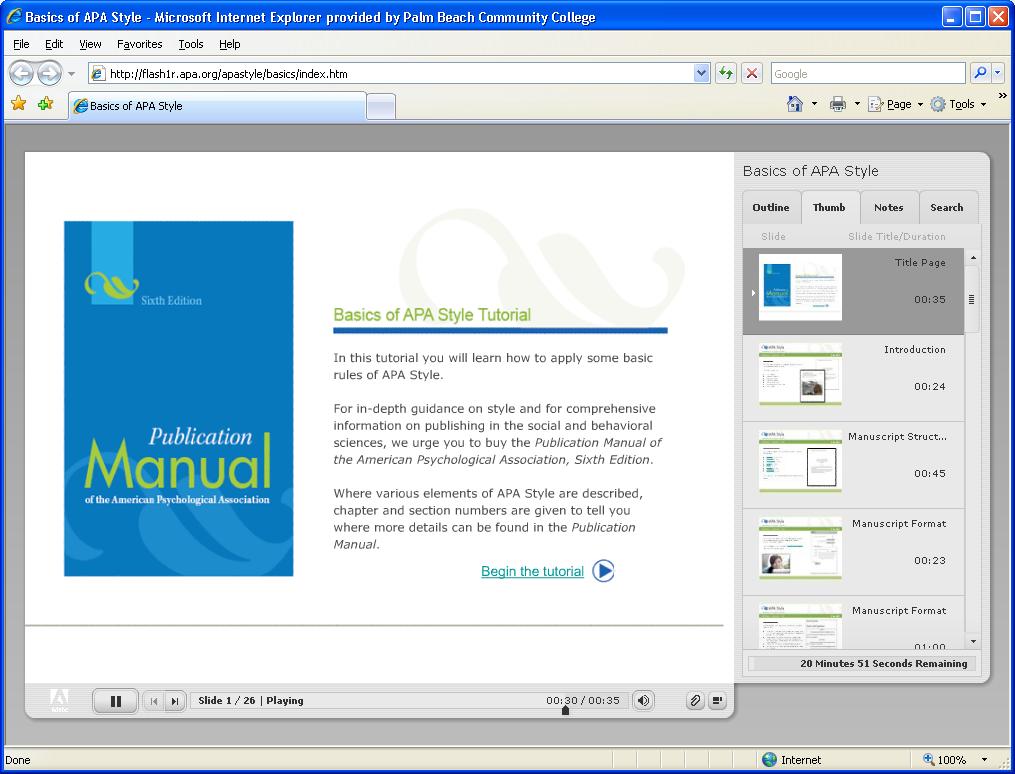